In Fall 2020, ArtsBuild Ontario (ABO) partnered with NORDIK Institute for the Mapping Northern Creative Spaces study. ABO and NORDIK Institute completed detailed case reports on four northern communities – Wawa, Kenora/Sioux Narrows-Nestor Falls, Sault Ste. Marie, and Timmins. These reports focused on the creative space needs of the communities and identified potential capital projects. The four regions included in this study are a sampling of the vast artistic and cultural potential of northern communities. There is a clear need identified in the reports for more designated space for the continuation of cultural development. 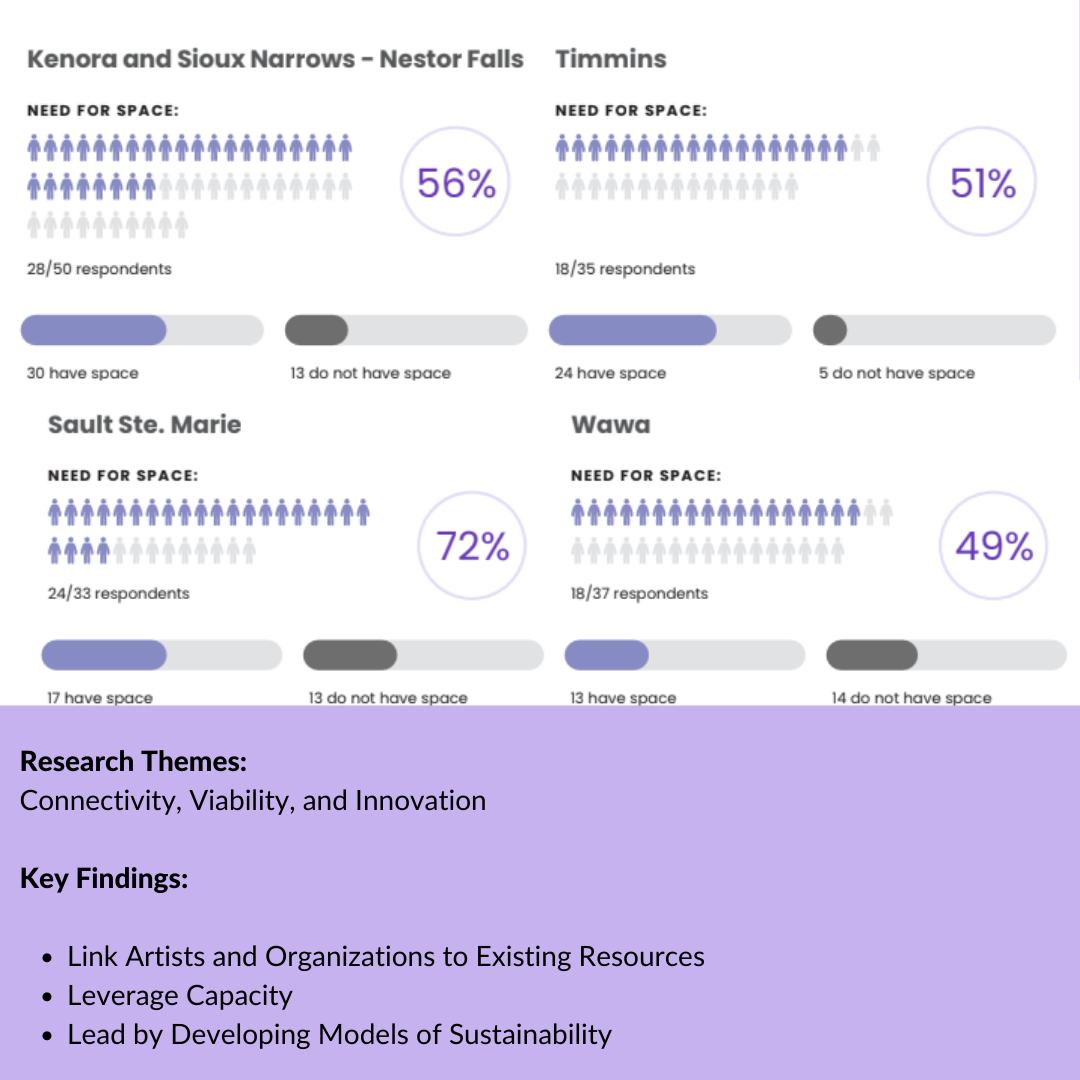 The economy of Northern Ontario has been largely based on resource extraction. This focus on resources like forestry and mining contributed to prosperous economic development. For a long time, other local assets and resources, such as community and cultural development, were not part of community development initiatives. ABO and NORDIK Institute decided to explore the potential of northern areas to better understand what these communities are missing. While each community report is unique, there are several key underlying connections among all four regions. All of the organizations and individuals who participated in the study surveys felt under-resourced, undervalued, underdeveloped and underutilized. All communities also felt isolated as though they are a separate community within the broader whole. Due to a lack of funding, their northern location, and politics, these communities feel that they are unable to fulfill capital projects to develop their creative spaces. 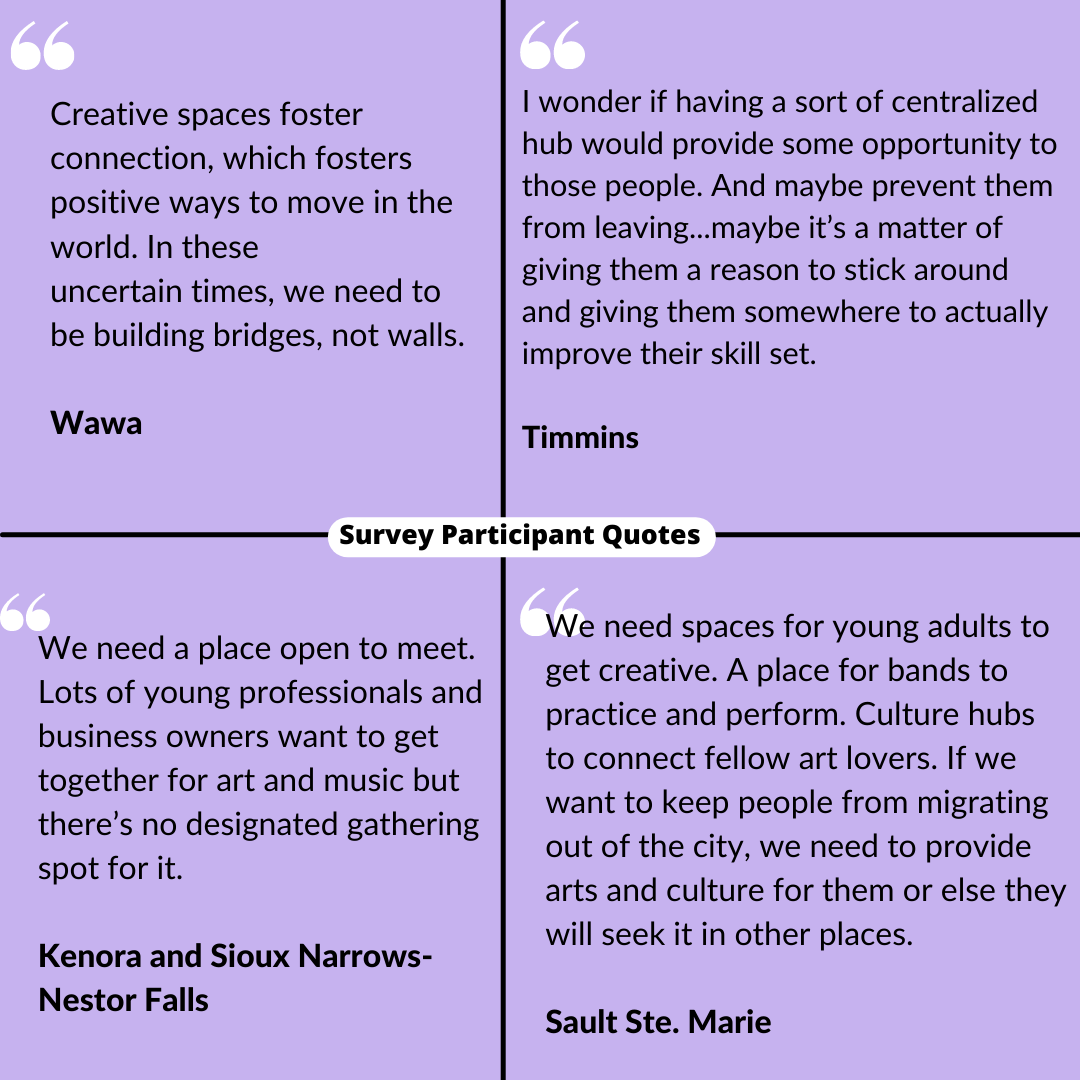 Having a physical space for operations allows for the continuum of creative processes and allows for networks to emerge and grow. The physical space and operationalizing are what drive this sector forward. With these reports, we hope that a framework for developing future capital projects can be considered and used to support the arts and culture sector in Northern Ontario.

We would like to thank our program partners at NORDIK Institute for their collaborative efforts with each community and ABO throughout the project. Thank you to all the communities involved in this project.

This program was supported by the Canada Council for the Arts.