The Discovery North Bay Museum is located in a historic Canadian Pacific train station in downtown North Bay. Built in 1903, the station was restored in 2004 and is now home to the museum’s exhibitions, education programs and rental spaces for the community.

Discovery North Bay conducted an energy audit in 2015 that confirmed what they already knew – the metal halide bulbs on the lower floor of the facility needed to be replaced. Metal halide bulbs are a high consumption, low efficiency light source. The museum needed a light source that would not only be energy and cost-efficient, but would contribute to the atmosphere of the museum.

The museum had previously completed some projects to increase efficiency, including new air conditioners and upgrades to HVAC. They also replaced lighting on the second floor where the frequently occupied administrative offices and rental spaces are located. The 2015 energy audit identified that replacing the metal halide bulbs – a small, low cost project – would have major energy saving implications for the organization. “It was a few thousand dollars to have that big of a change,” says Naomi, “that made it an obvious priority.”

Transitioning the metal halide lights was an easy project for Discovery North Bay. An electrician had provided suggestions for an LED solution that would work well with the museum’s high ceiling and ductwork – Director and Curator Naomi Rupke praises the benefits of consulting with professionals in early stages of the project. The lights needed to be dropped down from the ceiling, but having found a compatible solution, the replacement bulbs were installed in one morning, meaning regular operations were scarcely affected.

“It was probably the simplest project I’ve ever overseen,” says Naomi, “there was only one step to the project so it really did go according to plan.”

OVERALL SAVINGS ON ENERGY AND COSTS 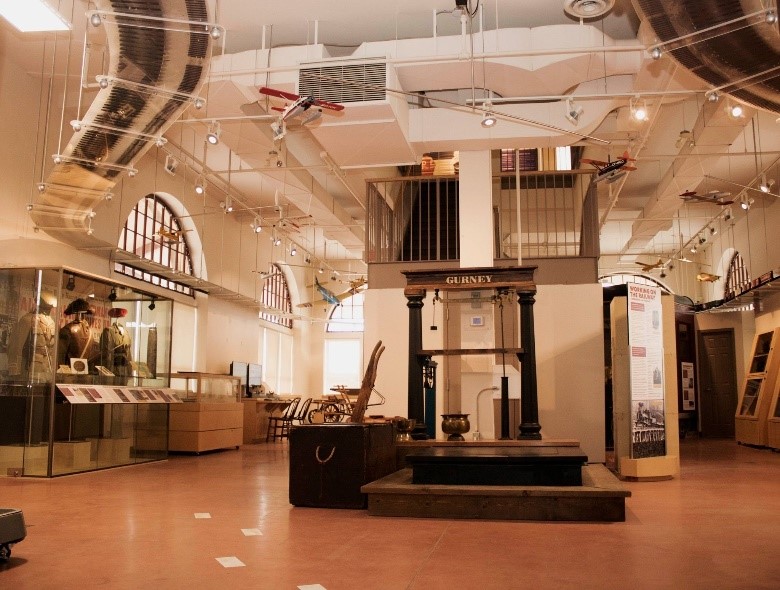 While the dollar savings weren’t quite where they had been projected, Naomi cites variables with a large facility, such as weather and hydro costs as responsible for the difference. “The cost for hydro was a little higher this year,” says Naomi, “it ended up being the same amount of money but we would have been paying more without the new lights for sure.”

The biggest impact the project had, says Naomi, was in the overall environment of the museum. The previous bulbs, despite consuming so much energy, gave off very little light and did not contribute to the atmosphere of the museum. “Even with the large amount of energy being consumed, it was actually pretty dark in the museum… the displays weren’t properly lit,” says Naomi. New lighting has led to positive comments from visitors, staff and volunteers that the environment is better and brighter, and exhibits can be seen more clearly.

The lighting project worked in conjunction with a larger redesign of the lower floor of the museum. “Without proper lighting,” says Naomi, “it would have hindered what we were trying to do. Putting in new exhibits without having proper lighting would have been a problem.” On top of the improved lighting, the decrease in consumption has been significant for Discovery North Bay. For a non-profit organization operating in a historic railway station, “…everything you can do to limit your consumption is huge for keeping things manageable,” says Naomi. “We’re always looking for ways to cut down on costs without cutting corners. [These improvements] will contribute to our sustainability as an organization.”

Focused on sustainability, Discovery North Bay recently received an Ontario Trillium grant to replace the windows in the museum. The windows were last replaced in 1979 and the building has over 100 windows. These new properly sealed windows will reduce heating and cooling significantly for the museum, contributing to further energy savings.