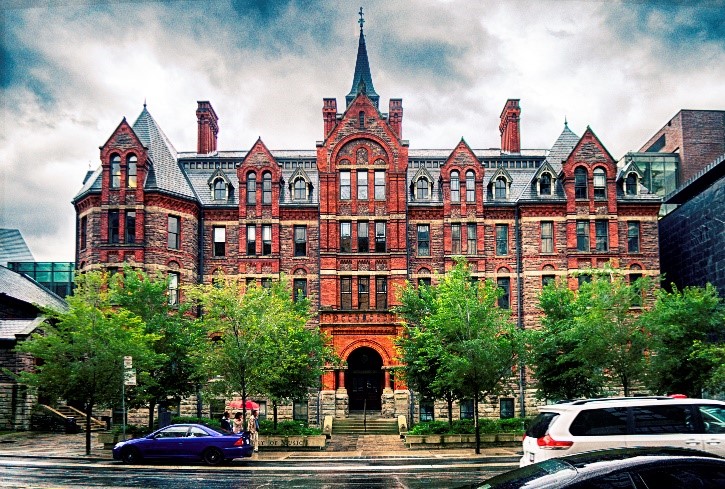 io offered a one-time grant for energy conservation projects, as part of our Energy Conservation Program. We were pleased to offer the grant to eight arts organizations, all taking on a new renovation or project that would result in lowering their monthly energy use.

One of our grant recipients was the Royal Conservatory of Music located in Toronto, Ontario. They completed a lighting retrofit project in their building, the Telus Centre for Performance and Learning. Several months after completing the project, we followed up with Martin Torns, Building Systems Manager, to see how the lighting retrofit has reduced their energy use and costs so far.

WHY TAKE ON A LIGHTING RETROFIT PROJECT?

The Royal Conservatory of Music has been a long-standing anchor arts organization in Toronto and the country at large. The organization took on a major capital project in 2008, expanding its historic McMaster Hall and constructing what is now the Telus Centre for Performance and Learning. This project included upgrades to their lighting and HVAC system in their heritage building as well as construction of a new concert hall, studio and teaching facilities.

The Conservatory has since taken on small energy projects in their heritage space, and next on the list was replacing florescent lights with LEDs in areas where lights are required to stay on 24 hours a day, 7 days a week. These areas included stairwells, the loading dock and back stage, all of which must remain lit to meet safety and code requirements for the building. “Anywhere the lights were on 24 hours a day were the best places to do this and gave us the most bang for our buck,” notes Martin. “It’s an easy project that really will go unnoticed by most people, which is what you want.”

There were some expected and unexpected challenges when taking on this lighting retrofit. Since the Conservatory was not completing an entire lighting retrofit of their facility at this time, the first consideration was matching the colour of new LED lights with older florescent lights. LEDs often have a cooler and industrial tone, which can contrast the warm light of older bulbs. They settled on integrated LED 18 watt tubes, which were only one notch cooler than their older lights.

The LED 18 watt tubes were also 98% compatible with all ballasts on the market. As they worked on replacing the lights throughout their building, they soon discovered the new tubes did not fit the stairwell fixtures. This added a cost of $400 to replace the ballasts in the stairwells so they could complete their lighting retrofit.

On the bright side, the new 18 watt LEDs provided more light than anticipated. While the Conservatory planned to replace two tubes per fixture, they realized that using only one LED tube provided enough light to remain within code. “We were able to go down to one tube instead of using two tubes which was a huge saving,” shares Martin. The Conservatory went from using 64 watts to 18 watts per fixture, and in turn expanded the retrofit to more areas of the building with the leftover tubes.

OVERALL SAVINGS ON ENERGY AND COSTS 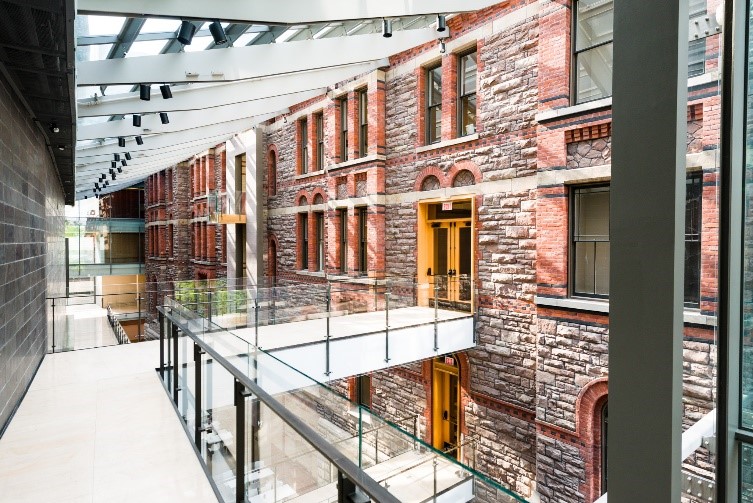 The Conservatory projected that retrofitting these lights would see an energy reduction of 25,509 kWh and an annual hydro cost savings of $3,800 per year. After replacing 358 florescent lights with 190 LED lights in 24-hour locations, the Conservatory has saved roughly $5,700 on a $10,000 project. From January 2016 to January 2017, they effectively reduced their energy consumption by 73,000 kWh.

Despite these energy savings, their energy costs have gone up by 7%. The Conservatory currently pays a wholesale hydro rate, which fluctuates throughout the year. Even with energy cost reductions, it is hard to say what impact this will have on a large facility like the Royal Conservatory of Music.

SAVE ON ENERGY INCENTIVES

One of the first Save on Energy submissions the Conservatory made was six year ago, after they had completed the bulk of construction on their heritage building. Martin notes: “I was able to research what was in there before as far as lighting and HVAC, and I was able to get $50,000 back on that retrofit.” The Conservatory continues to implement smaller energy projects, and are currently planning to retrofit their HVAC system with support from Save on Energy. The estimated cost of the project is $80,000, which means they would be looking at a potential rebate of $40,000 from Save On Energy incentive programs. “Arts grants and Save on Energy have been great programs that have supported these projects,” shares Martin.

The Royal Conservatory of Music plans to continue looking at replacing light fixtures with LEDs and take advantage of hydro incentives. Plans for future energy projects include retrofitting their house lighting, that is on 24-hours as well, and theatre lighting.