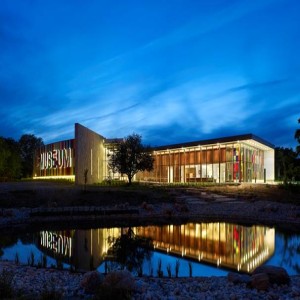 “It is the ambition of the Society to acquire at an early date, a substantial fireproof county building in which to preserve permanently all such records and general objects of historic interest”.  – W.H. Breithaupt, November, 1912

In 1912, disaster had to be on peoples’ minds.  After all, the unthinkable had happened when the unsinkable hit an iceberg in April that year.  One can only imagine that William Henry Breithaupt had preservation and disaster avoidance on his mind when he dreamt of a fireproof county building in November.

The Waterloo Historical Society held its inaugural meeting in November of 1912.  One of their goals was to amass and preserve a collection that represented the history of Waterloo County and to some day have a fireproof building for its preservation.