Has your art facility been infiltrated by Pokémon? Or, more specifically, have you noticed a major influx of people wandering around, noses to their smartphones? These are Pokémon Masters, and they will stop at nothing to catch ’em all. This hunt for animated creatures has sparked a movement – a literal movement, that is, as users are required to walk to ‘Pokéstops’ – geographic locations where they can power up and collect items. Despite the game not even being officially released in Canada, businesses and arts organizations alike have seen major spikes in pedestrian traffic as Pokémon Go gains traction.

But what is Pokémon Go, and why do our arts organizations seem to be at the center of the craziness?

Pokémon Go combines geocaching and virtual reality to allow users to hunt for Pokémon in real-life environments like a park, restaurant or museum. For the lucky locations that have been unknowingly designated ‘Pokéstops,’ this has resulted in huge spikes in attendance for some creative spaces. To determine the location of these stops, game creators used points of interest— often pieces of public art, monuments, museums and churches. Other locations for Pokéstops and gyms (places where players congregate to ‘battle’ each other) were determined by finding spots that were frequently geo-tagged in photos posted online – so having a strong social media presence and an Instagram-friendly venue may have contributed to your newfound digital wildlife. 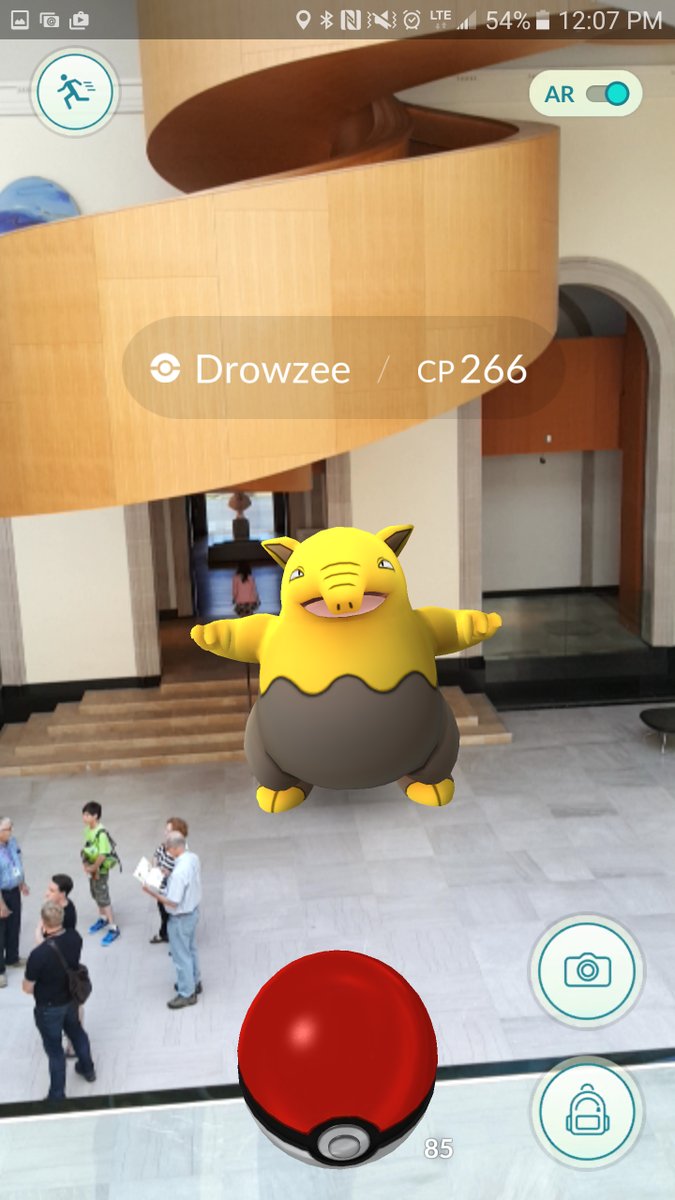 So Pokémon may have gotten visitors in your door.. but how do arts organizations ‘catch’ this elusive audience?

Cultural institutions are flocking to Twitter to advertise the rare monsters within their walls and hoping this viral sensation will lend itself to returning visitors. The developers behind the game have already announced plans for sponsored Pokéstops for organizations that want to pay for a place in the virtual world.  The real value comes with the foot traffic – the actual people that are walking through the door, albeit with their attention elsewhere. The trick for arts organizations is to engage these visitors while they hunt for a Pikachu – perhaps they spot a poster for an upcoming play that sparks their interest or look up to check out some contemporary art.

And don’t discount the impact of a personal connection – creative organizations are capitalizing on the craziness by offering opportunities to Pokébattle with staff members and hosting ‘Lure’ parties – a chance for players to congregate and drop digital treats that attract Pokémon. Coffee shops and businesses are offering to buy and drop these ‘lures’ for every 15 paying customers and spaces are, of course, advertising their free Wi-Fi. In a far-away example, players organized a walk through the Royal Botanic Gardens in Sydney, Australia which attracted more than 1000 players and inspired the hashtag #PokeGoWalk. MuseumHack suggests organizations can harness the power of these crowds by officially hosting the events – encourage visitors to tag them on social media, download their own app, and even distribute passes for a future visit.

What can augmented reality do for our creative organizations?

While Pokémon is a fun, viral sensation, it is in the end just that – a viral sensation. What does have lasting power, however, is the shift toward augmented reality in our cultural institutions. Pokémon Go is evidence that virtual, interactive experiences have the power to lure visitors – imagine the possibilities for guided audio tours or interactive intermissions. Pokémon Go demonstrates the power of virtual reality and how it can change how we experience the world around us. The interactive portion of the VR game inspires users to explore the cities around them – as John Hanke, VP of Niantic Labs, told the Guardian in 2014, he “wanted people to look around with fresh perspective on the places they passed by every day, looking for the unusual, the little hidden flourish or nugget of history.” The real success of the Pokémon Go phenomenon has been in the community it fosters and the interactive experience it offers, and the golden ticket for arts and culture institutions is that one day, these virtual reality visitors may not be after digital monsters.